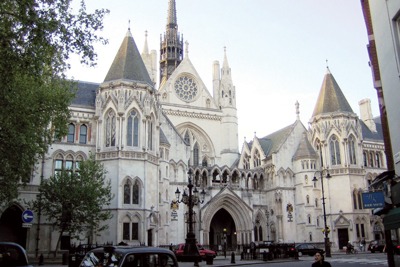 The compliance committee of the Aarhus Convention on access to environmental justice has concluded that the UK is in breach of its obligations.

Its draft report will add to pressure on the UK to change the way costs are assigned in challenges to environmental decisions. Its conclusions echo many criticisms already made of the UK justice system.

Costs in the UK of bringing a civil case to court are the greatest in the EU. A single day’s expenses can run to tens of thousands of pounds, providing a major barrier to justice, as they can fall entirely on the complainant if a case fails. Such fears mean that many judicial reviews are never brought, weighting the system against individuals and NGOs.

The Aarhus Convention links environmental and human rights, ensuring citizens are consulted on decisions that impact the environment and have access to environmental information. Parties to it must ensure that bringing a legal challenge against a government decision is not prohibitively expensive. The convention was agreed in 1998 and the UK ratified it in 2005. It also forms part of EU law.

The committee’s report was drawn up in response to a complaint by activist lawyers ClientEarth and the Marine Conservation Society, lodged in December 2008. Their challenge centres on the marine dumping of contaminated sediments at Souter Point, near Newcastle upon Tyne. But the issues raised have such wide application that the committee did not make a pronouncement on that specific case.

The delay in the committee’s decision reflects a series of developments that have progressively undermined the government’s defence of the current framework.

In January, a senior judge’s review of the costs of civil litigation recommended that claimants should not have to pay if they lose (ENDS Report 420, p 4).

The European Commission has also issued legal proceedings against the UK government over Aarhus compliance, following a complaint by WWF and Friends of the Earth.

In addition, other legal experts argued that court procedures were inconsistent with the convention in spring 2008 (ENDS Report 400, p 6).

Noting these developments, the committee held that as there are no clear and binding requirements for costs to be kept down, the UK does not have a fair system to provide effective legal remedy and has not removed financial barriers to justice.

The ruling adds that a maximum timeframe for judicial reviews should be established. Complaints can take so long to resolve that they can be rendered pointless.

It concludes that the implementation of the convention in the UK is neither clear nor consistent.

ClientEarth CEO James Thornton said the findings were “game-changing for anyone fighting for their environmental rights”.

He continued: “At the moment, the government and industries can ride roughshod over their environmental responsibilities, confident that the legal system’s failings will make challenges impossible. For the first time, citizens will be able to scrutinise and challenge environmental decisions from a fair position.”

The government is considering the implications and will draw up comments for submission to the committee before it finalises the ruling.