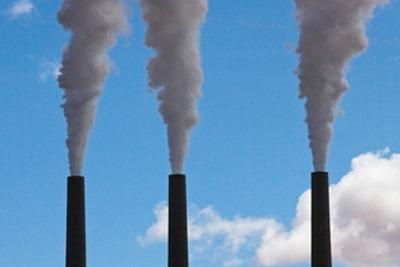 Britain’s only exhibition and conference on carbon management, reduction and trading attracted more than 1,500 visitors, including Secretary of State for energy and change Chris Huhne. In a speech Mr Huhne stressed the government’s commitment to slashing emissions while maximising the potential for green growth, but he acknowledged concerns that parts of the climate regulations are too complex.

“No one, least of all this government, wants to burden businesses with extra responsibilities without clear benefit,” he said. “We will keep a close eye on the CRC. Making sure it is effective, simple and streamlined… If it can be improved, we will make changes before the next stage in 2013.”

Seminars on the EU emissions trading scheme (EU ETS) were dominated by concerns over the exact rules to apply in phase III starting in 2012 and the loss of confidence in the linked market for international offsets under the Clean Development Mechanism (CDM).

There was broad consensus that the EU ETS had progressed a long way after shaky beginnings. But Trevor Sikorsky, a carbon market analyst for Barclays Capital, conceded there had yet to be larger-scale institutional investment in the EU ETS that would drive transformation into a low-carbon economy. He noted that managers of large funds have rules preventing investment in schemes without a long track record. The crash in prices during the first phase of the EU ETS from 2005-7 had not helped confidence.

Henry Derwent, president of the International Emissions Trading Association, warned that current difficulties being suffered by the UN Clean Development Mechanism (CDM) could result in a wide range of valuable experience being jettisoned as major emitters such as Japan and China look to bypass the mechanism and set up bilateral offset schemes. Despite efforts by the CDM Executive Board to speed up procedures new project registrations were slowing, rejections were increasing, and credit issuance had shown no improvement, he said.

Several speakers called for a clear separation between policymaking and market regulation in the CDM, as has happened in the EU ETS. They noted that the CDM Executive Board performs both functions, leading to a tendency to regularly re-examine existing policy and change market rules on the hoof, putting off investors looking for clear market rules. The board’s blocking of credits from existing HFC-23 gas destruction projects (ENDS Report, September 2010) has had a chilling effect on the wider market, with investors now fearing retrospective changes in a wide range of other CDM projects.

Ivan-Serge Brouhns, of Belgian law firm CMS DeBacker, claimed that the EU ETS was fundamentally sound. It was continual policy changes that risked damaging market confidence, he said. A succession of speakers rejected the idea that carbon taxes were a cheap and straightforward alternative to emissions trading.

The Carbon Reduction Commitment (CRC) Energy Efficiency Scheme also featured strongly in Carbon Show seminars. In these discussions many delegates voiced their approval of government plans to simplify the scheme.

At present, CRC participants would have to develop emissions trading strategies on how many allowances to buy, when to buy and at what price. This is something most organisations have no experience of.

Presentations by experts such as Karen Lawrence, head of CRC and consultancy services at the Local Government Information Unit, showed how different strategies involved different risks and opportunities to make or lose money (ENDS Report, August 2010).

Mark Johnson, emissions trading knowledge leader at consultants AEA, highlighted the need for organisations to have accurate emissions monitoring and forecasting data to underpin their strategies.

Mr Johnson warned that simplifying the CRC by removing emissions trading was not an easy matter. The climate committee’s proposal to require participants to buy fixed-price allowances and recycle the revenue back plus or minus a performance bonus or penalty would turn the CRC into a carbon tax. The removal of the cap would make it hard to plan the CRC’s contribution to UK carbon budgets.

Robert Le Fleming of consultancy PriceWaterhouseCoopers advised organisations covered by the CRC to put most attention on their energy usage. “Focusing on energy savings is more important than worrying about CRC league table performance,” he said.

Caroline May of law firm Norton Rose warned that the administrative costs of complying with the CRC were comparable with those required by the EU chemical safety regulation REACH, which she called “inordinate, even for large players”.

Ms May called for more focused compliance rules, arguing that the lower courts are not the right place to deal with questions over whether organisations have complied fully with a complex trading scheme.

Europol investigators have found that fraudulent trading of emissions allowances (EUAs) from the EU’s emissions trading scheme has cost the bloc over €5bn over the past 18 months.<SUP>1</SUP>