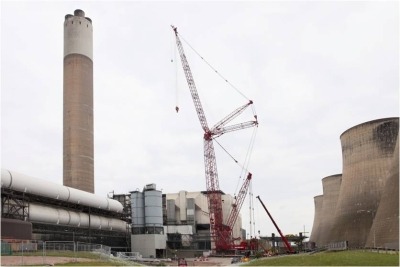 Inquiries by ENDS suggest that at least half a dozen of the UK’s 17 existing coal-fired power stations will fit advanced controls on nitrogen oxides (NOx), enabling them to operate into the 2020s. Many operators’ plans are still shrouded in secrecy.

Up to a third of the UK’s coal stations are due to close by 2020 due to old age. None will be allowed to operate beyond that point unless they meet strict NOx emission limits set in the EU industrial emissions directive (IED). The only practical option to meet the limits is to fit selective catalytic reduction (SCR).

SCR is already widely used in some countries, but the Environment Agency decided not to declare it best available technique (BAT) due to its expense (ENDS Report 388, May 2007). The Scottish and Northern Ireland regulators take the same view.

As a result not one UK coal-fired power station currently has SCR, despite the UK being the greatest NOx emitter in the EU (ENDS Report, January 2009).

Nevertheless, operators are aware that the 2020 IED deadline still looms and are beginning to push forward on fitting SCR to power stations that they want to keep running beyond 2020.

Work began earlier this year on one of the four burners at Eon’s 2-gigawatt Ratcliffe on Soar plant near Nottingham. The upgraded unit, supplied by UK-based heavy engineers Doosan Babcock, should be online in 2012. The other burners will be upgraded in due course.

The company declined to comment on the system’s price tag. SCR generally costs in the region of £125,000 per megawatt of capacity. Upgrading the whole plant could therefore be costing Eon about £250m.

Running costs will also be high. SCR demands the constant supply of a reductant, either urea or ammonia. This reacts with NOx in the flue gas to form water and molecular nitrogen. The catalyst also needs regular replacement or regeneration.

Ratcliffe was also the first in the UK to receive boosted over-fire air. This is a less effective form of NOx reduction used widely in UK plant, now finally being superseded by SCR.

Both of Eon’s other coal-fired power stations, the 1GW Ironbridge, near Telford and the 1.9GW Kingsnorth in Kent, are due to shut rather than be upgraded. A decision on building a new less polluting and high-efficiency replacement for Kingsnorth is still pending. If built, it could be the first UK plant to be fitted with carbon capture and storage (ENDS Report, July 2010).

Scottish & Southern intends to fit SCR to three units of its coal and biomass-fired Fiddlers Ferry power station in Cheshire, costing about £200m. Construction is expected to last six years. Consent for it is still awaited from the energy and climate department (DECC).

The company would not comment on its plans for its other major coal-fired plant, Ferrybridge or its relatively small Uskmouth facility.

Scottish Power plans to fit SCR to its 2.3GW Longannet plant. It received consent and planning permission in March.

The five other operators of coal-fired plant declined to comment in detail on their SCR plans.

A press officer for International Power, which runs the 38-year old Rugeley in Staffordshire, said that as NOx abatement will not have to be fitted for years, when or if it will be “is not something we have communicated to the market”.

The official line from Drax Power was that fitting SCR was still undetermined and it would make no further comment about running beyond 2024. The giant 3.9GW plant in south Yorkshire is the largest source of NOx in the EU (ENDS Report, February 2009).

But considering recent years’ investments in flue-gas desulphurisation, biomass co-firing and turbine upgrades, not doing so would appear unlikely, at best. Furthermore, its chief executive Dorothy Thompson told energy publisher Platts in July that, “we will certainly be looking to fit SCR and so operate well beyond the 2020 transitional period”.

Drax has also applied for an environmental permit variation to enable its construction. A corporate report demonstrates that it has been working on plans to fit SCR for at least four years.

There are other indications of movement on SCR by the power industry. One source close to regulatory discussions suggested that plans for “at least a couple” of additional SCR installations were on the table.

Meanwhile, a source in Johnson Matthey, a leading SCR manufacturer, said the firm had been approached about fitting SCR to a number of UK plants.

Under current EU air pollution rules power stations with a thermal output  greater than 500MW can emit up to 500 milligrams of NOx per cubic metre of flue gas. Operators may also run plants under a pollutant emissions trading scheme or agree to limit running hours (ENDS Report, May 2010).

The limit can only be met using SCR or similar secondary abatement techniques, such as low temperature oxidation, known as LoTOx. But alternatives are unproven at large scales, making their installation in UK power stations unlikely.

The 200mg/m3 level would have applied from 2016, had it not been put back under pressure from the more coal-dependent states such as the UK and Poland.

NOx is an important air pollutant which can affect human health. Reducing it can also curb eutrophication of habitats and acid rain. Power stations are responsible for about a quarter of UK NOx emissions.

Chris Huhne has approached the energy market for views to inform development of an expanded CCS demonstration competition and wider policy proposals.

Drax: climbing out of the carbon coal hole

Many coal-fired power station operators are contemplating carbon capture and storage. But the UK’s largest plant is focusing on a switch to biomass to cut carbon emissions. Alex Marshall reports