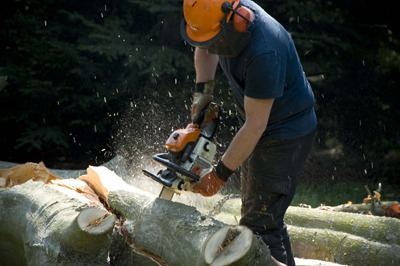 The government’s spending review did less damage to public spending on carbon cutting and environmental protection than many had feared in the anxious weeks leading up to October 20 – at least on first impressions.

While low-carbon programmes and capital spending had some protection from the heavy cuts in public spending, the loss of so many staff may harm the government’s ability to deliver complex new policies on time and free of problems.

The CSR’s biggest surprise, greeted with fury by many businesses, was to turn the CRC Energy Efficiency Scheme into a new carbon tax (see separate article). Revenues raised from carbon allowance sales will not now be recycled back to the 3,000 plus companies and public sector organisations participating. They will go straight to the Treasury instead.

Seven waste incineration plants which were to be built through Private Finance Initiative schemes have been scrapped (see separate article), saving £3m a year. Lord Henley, the environment department (DEFRA) minister responsible for waste, said going ahead with 11 remaining waste PFI schemes made him “absolutely confident we will meet our EU targets” for diverting municipal waste from landfill.

The CSR said the coalition government’s promised Green Investment Bank would be guaranteed £1bn of public money for its initial capital, plus a further, unknown quantity from asset sales.

Interest groups and the energy and climate department (DECC) have had big arguments with the Treasury about the nature, powers and funding of this bank and these are not yet over.

It is hoped it can make a major contribution to securing the huge investment flows – of up to £50bn a year – required to decarbonise UK electricity supply over the next 20 years.

The CSR document said its creation was “subject to a final design which meets the tests of effectiveness, affordability and transparency” and that government aimed to complete design and testing work by next spring.

There were grumbles from NGOs and the carbon finance community that the guaranteed £1bn public funding was less than had been hoped for, and that the project is running late.

The CSR said the bank would have an explicit mandate to back low carbon projects currently too risky for the capital markets. It would lever in private sector investment on “many times the scale of the public contribution,” be independent of government and employ private sector skills and expertise.

But worries remain that it will not be able to act like a genuine investment bank. Nor is it clear that it will be created by legislation, something that many of its backers outside of government regard as critical.

Nick Mabey, chief executive of think tank E3G, said: “Speed is of the essence. The bank must be set up in legislation within a year to help make the most of its huge potential to re-energise the economy.”

There will be £1bn to fund one commercial scale carbon capture and storage demonstration plant for a coal fired power station. But the CSR did not commit to a levy on electricity sales which had been expected to fund three more CCS demonstration plants.

On the same day as the Chancellor spoke, Eon announced it was scrapping plans for a new coal-fired power station at Kingsnorth in Kent, which it had entered into the CCS competition (see separate article).

Earlier promises to fund development at UK ports to encourage manufacturers of offshore wind turbines to locate appear to have been honoured. The CSR says more than£200m would be invested in these manufacturing facilities and in technology innovation for offshore wind and buildings’ energy efficiency.

But there will be massive cuts in government spending to improve energy efficiency in the homes of low income households. This Warm Front programme will be replaced by programmes financed by the big six energy utilities – which will pass the costs on to all their customers through bills.

At a time of rising fuel bills and rising fuel poverty, it is not know if all of Warm Front will be replaced but the saving to government will be £345m a year by 2014/15.

Over at DEFRA, environment secretary Caroline Spelman said she had managed to increase spending on green farming schemes. In particular, spending on the Higher Level Stewardship scheme will grow by some 80% over the next four years.

The grants paid to the Environment Agency for inland and coastal flood defences will fall. But DEFRA anticipates that major savings can be made in procurement, so that the number of extra households being protected from flooding each year can be maintained.

DEFRA has lost more money in the CSR than most unprotected departments, and much more than DECC. Its year to year spending on administration and programmes will fall by 29% over the four years to 2014/15, while its capital spending will fall by 34% over the period.

In contrast, DECC’s administration and programme spending will fall by 13%, while its capital spending will actually increase by 41%. But much of this increase will be devoted to decommissioning old nuclear plants.

Like other departments, both DECC and DEFRA are aiming to make a 33% cut in administration costs. That means big savings in IT, procurement, accommodation and through sharing services across government. Those savings will also apply to arms length bodies (ALBs) like the Environment Agency and Natural England.

But, said Ms Spelman: “I can’t get away from the fact that this will involve jobs. We will be treating our staff in a compassionate way.”

DEFRA’s permanent secretary Helen Gosh said she expected between 5,000 and 8,000 jobs would be lost out of a total of 30,000 in DEFRA and its ALBs.

But since there are only 2,500 civil servants in DEFRA, the great bulk of job losses will be in the ALBs. The agency has 12,400 staff, having already seen 900 leave since April this year. Natural England, which has also been rapidly shedding staff, has about 2,000. DECC has 1,100 civil servants; several hundred of those will be leaving over the next four years.