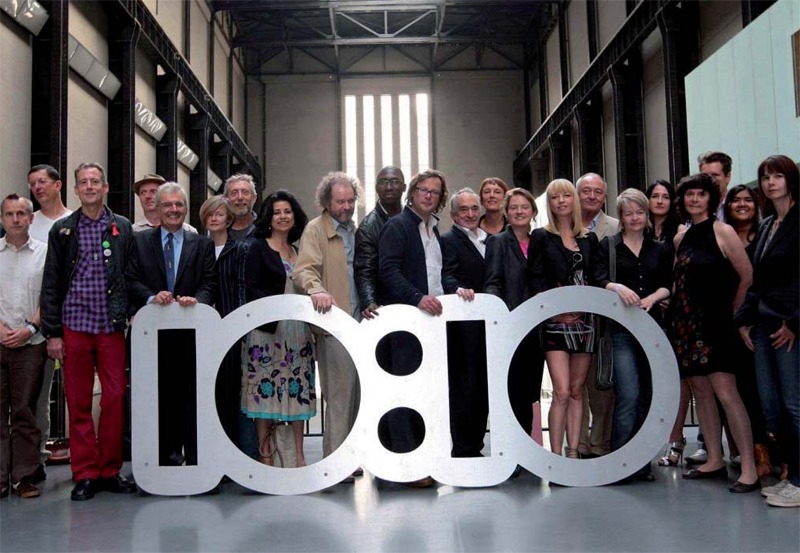 The gloom which descended after the Copenhagen summit could have derailed the campaign’s early momentum, built up amid surging supporter numbers and swathes of media coverage.

But Daniel Vockins, 10:10’s campaign manager, says the disappointing outcome of last December’s UN climate talks provided a springboard. “We came off the back of Copenhagen deeply reflective,” he told ENDS. “It inspired us towards change, rather than waiting for politicians to agree.”

He says the campaign has stimulated engagement in climate change action and connected with people in a way that government has been unable to do.

“We wanted to change the narrative, focus on how climate change affects people’s lives and prove that we could form a movement that could bring about political change.”

The campaign, brainchild of Franny Armstrong who made the polemical eco-film The Age of Stupid, began in a single room in Camden, London. She remains a non-executive director. It moved into adjacent, larger, premises early this year. Ten full-time employees are based there, alongside some part-time freelancers and four interns.

As 2010 nears its end, 10:10 can reflect on a year of successes and frustrations. About 80,000 signatories have been amassed in the UK. Among them are more than 6,000 businesses, local councils, schools, universities, hospitals and other public sector and voluntary organisations (see Figure 1). 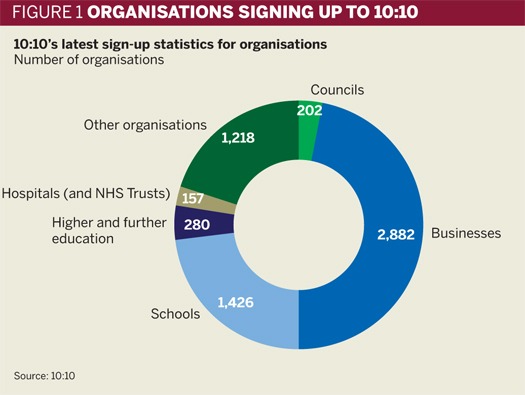 Signatories are asked to cut their emissions from grid electricity, on-site fossil fuel use, road transport and air travel – either across the board or in each of the four sectors.

To further encourage sign up, 10:10 allows organisations to opt to cut emissions per unit of turnover rather than absolute emissions. But carbon offsetting is ruled out.

The campaign asks signatories to calculate their emissions for a baseline year (usually 2009) and then keep track of reductions in the following year. It encourages them to use its own web-based emissions calculating tool; a demonstration version can be found on its website. So far, some 1,500 have done so.

But, essentially, 10:10 is relying on organisations to police themselves when it comes to measuring and reducing their emissions. Some of its major pledgers were already committed to tracking and reporting their CO2 before they signed up.

It had originally intended that signed-up organisations which wanted to continue using the 10:10 brand after 2010 could only do so if they calculated and reported their emissions and achieved a year on year reduction of at least 3%. They would also be listed on a “register of successful 10:10 participants.”

Three of the UK’s ‘big six’ energy utilities, Eon, EDF and Scottish and Southern Energy, agreed to promote the 10:10 campaign to their customers around the time it launched. And one of them, British Gas, went further by becoming a 10:10 signatory.

However, its pledge to cut emissions by 10% refers to its own business operations, and excludes the vast bulk of carbon dioxide emissions arising from the energy it supplies to its customers.

No other carbon-intensive big name brands are signed up – no oil majors, airlines, airports, car makers or car hire companies.

But the campaign can boast a spectrum of big brand names among its business signatories, such as insurance and pensions giant Aviva, Royal Mail, Marks & Spencer and B&Q. Ocado, Microsoft (for its UK operations), T-Mobile, Virgin Media, Adidas and Pizza Express have also joined.

Among the universities who have signed the 10:10 pledge are Oxford, Bristol, York, Edinburgh and King’s  and University Colleges in London. In October, 10:10 announced that the Royal College of General Practitioners, the Royal College of Nursing and Great Ormond Street Hospital had all joined up.

But arguably 10:10’s most high-profile signatory arrived in May when the new government signed up on taking office. If met, the coalition’s pledge to cut emissions from central government’s own operations would save 150,000 tonnes of CO2 in a year.

More than 200 English, Welsh and Scottish councils have also signed up. England’s top two emitting councils (according to latest government data, ENDS Report 426, p 9), Birmingham and Hertfordshire, are among them, but the next largest emitters, Lancashire and Leeds, are not.

Part of any cuts achieved by councils may stem from financial and staffing cutbacks as the impact of the public spending squeeze bites (ENDS Report 426, p 10). The same goes for the central government’s pledge.

About 75,000 individuals have signed up in the UK including author Ian McKewan, actors Colin Firth and Sienna Miller and chef Hugh Fearnley-Whittingstall. Less celebrated, but familiar to ENDS subscribers, are signatories Lord Stern and Yvo de Boer.

10:10 advises these signatories on how to cut their personal CO2. It also hopes to launch a new, online personal carbon calculator in early 2011, subject to gaining financial support. This would replace its existing, basic calculator and offer ongoing, tailored advice as people enter their emissions-related data.

The tool would be integrated with Facebook. Duncan Clark says he hopes it will become “the internet’s most engaging carbon tracking tool”.

The campaign as a whole has garnered much publicity, with the Guardian as its lead media partner. Generally favourable coverage, billboards in football stadia and plastering its logo and slogans on council trucks and tube trains have served to spread the message. So, too, have its fashionable little metal tags. 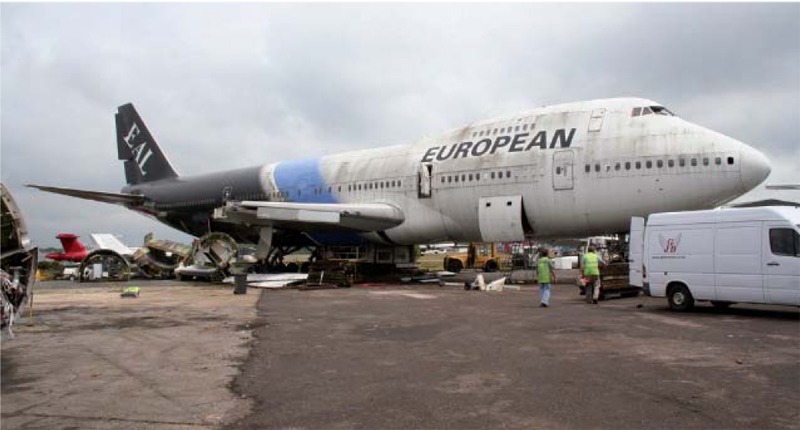 But the campaign scored an explosive own-goal in early October, with the release of a gory promotional film. Though never authorised by 10:10’s board, it depicted people who would not sign the pledge being blown up.

Many who viewed No Pressure found it at best unfunny and at worst upsetting and offensive. It was a public relations disaster, receiving extensive negative coverage in the mainstream media and blogosphere. The film was quickly withdrawn from 10:10’s website but it had already gone viral on the internet; the damage was done.

Eugenie Harvey, 10:10’s director, acknowledged its “mistake” and apologised to the campaign’s sponsors and partners. There would be an investigation and review of processes and procedures, she added. But climate sceptics seized on the blunder. The campaign fears that they are trying to persuade donors, potential or actual, to withdraw support.

Electronics manufacturer Sony was the first – and so far only sponsor – to do so. It condemned No Pressure as “ill-conceived and tasteless” and said it was disassociating itself from the campaign.

The loss of Sony’s sponsorship has hit 10:10 hard, although mobile phone giant O2 remains on board. Money is tight and the campaign is being forced to make economies and put extra effort into seeking donations. Mr Clark told ENDS that the small team’s intensive focus on campaigning meant they had taken their eye off the fundraising ball.

Corporate backers are being sought. Adnams, the Suffolk-based brewer and 10:10 signatory, pledged to donate 10p from every bottle of beer it sells for a year, from 10 October 2010.

Individuals are also being encouraged to become regular donors and some funding has been raised from wealthy individuals.

The No Pressure controversy came just before 10:10:10, the name given by the campaign to 10 October 2010. UK-based 10:10’s international outlook had already seen the creation of like-minded campaigns in more than 40 countries, but it wanted to go further.

So it teamed up with 350.org, another global campaign to fight man-made climate change with its origins in the US (and little presence in the UK). They promoted a world-wide day of action, hoping it would be the biggest ever seen on the issue. 10:10 says more than 7,000 events took place in about 50 countries across Europe, Asia, Africa and South America. 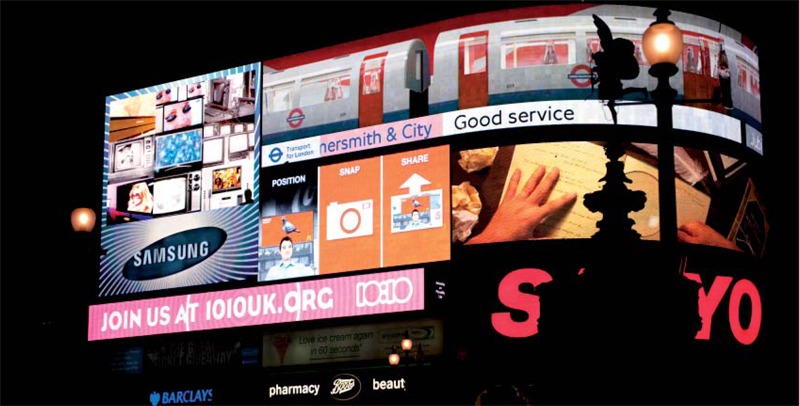 In London the 10:10 name went up in lights at Piccadilly Circus. Some 10,000 people attended a 10:10 music festival in Paris and a climate rally was held in Rotterdam. Local government in three capital cities – Paris, Mexico City and Zagreb – signed up to 10:10, as did Amsterdam. The campaign says more cities are set to do so.

And on 10 October there were more than 30,000 visits to 10:10’s website – the busiest day of traffic the campaign has experienced. Some 2,662 new signatories were added that day, many stemming from a Dutch TV programme, De Grote 10:10 Test (The Great 10:10 Test) watched by one million people.

It also saw enquiries about country-specific campaigns going “into overdrive”. Some 25 applications were received and are now being assessed.

Momentum was also maintained back home in Britain. Royal Mail provided publicity in October, by franking mail with a 10:10:10 postmark. IT services company Logica rolled out 10:10 globally during its ‘environment week’ in November, targeting 39,000 staff in 36 countries.

Mr Clark from 10:10 told ENDS: “This kind of momentum took us a year and a huge amount of sweat and tears to build.”

Converting it into political action remains a key campaign goal. But 10:10’s Mr Vockins feels the campaign has had some political influence already. “By choosing the right campaign and intelligently choosing the political targets, we’ve packed quite a punch,” he says.

Not least through its ‘Lighter Later’ campaign, which aims to shift UK time to match continental Europe, giving us longer hours of evening daylight throughout the year.

Last year 10:10 commissioned the Public Interest Research Centre, a long-established charity and thinktank, to draw up policy proposals that could cut UK emissions by 10% in a year. Daylight saving was one idea. Now a newly elected Conservative MP has taken it up with a private member’s bill (see comment box).

And 10:10 has had policy influence in more subtle ways. Mr Clark says promoting voluntary carbon-cutting action by individuals and organisations around the world strengthens the mandate for political leaders to negoatiate an effective UN climate deal.

Despite its founding focus on the year 2010, the campaign intends to continue into 2011, provided funding is secured.

It wants big increases in the number of organisations and people signed up, influencing the UN climate talks in South Africa at the end of 2011. In the UK, there will be a stronger focus on influencing government. 10:10’s aspiration is “to bring about at least one major policy victory”.

“We want to focus on something that’s ludicrously ambitious but not obviously impossible,” said Mr Vockins. “Something that’s not just a political goal, but that points society in the direction of a low-carbon future.”

Areas under consideration include the promotion of renewable power. Detailed plans will be signed off shortly by 10:10’s board, with a view to action being ramped up in the new year.

The 10:10 campaign has very little idea of how well it is succeeding in its goal of getting organisations and individuals to cut their carbon emissions by 10% in a year