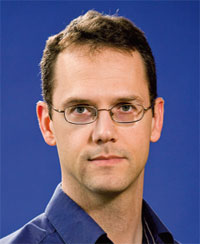 The Carbon Reduction Commitment (CRC) Energy Efficiency Scheme is at a crossroads. The coalition government is drawing up plans to reform the regime, which only started in April, with potentially far-reaching consequences for companies and public bodies caught by it.

ENDS’ third special report on the CRC analyses these proposals and what they could mean. It looks at how organisations are managing the risks and opportunities of CRC regulation at this uncertain time.

Opinion is divided on how the CRC should be reformed. There is no doubt it is a complicated scheme. But the issue is whether this complexity is an inevitable result of creating a sophisticated mechanism to encourage energy efficiency among a variety of organisations, without putting an undue cost burden on them. Is it possible to simplify the CRC without changing its very nature (see pp 4-9)?

There is an argument that the government’s decision to remove the CRC’s mechanism to recycle revenue from sales of emissions allowances has already done this; that it is now just a bureaucratic way of gathering a tax and may as well become one.

Others say making organisations pay for allowances to pollute through fixed-price government sales or fully fledged emissions trading makes energy management a top-of-mind issue in a way that taxes do not.

One of the key messages from energy and carbon managers is that the CRC is driving improvements in energy efficiency, although many larger firms are keen to emphasise that it should be seen alongside existing drivers such as rising energy prices and corporate responsibility programmes aimed at protecting brand reputations (see pp 18-22).

ENDS also reveals the first glimpse of which organisations in which sectors have registered as full CRC participants (see figure).

It is apparent that the end of revenue recycling has made the CRC more punitive than positive. Participants seem much more excited by incentives offered to install renewables, such as the feed-in tariff, rather than by penalties threatened by the CRC for not being energy efficient.

Nevertheless, the CRC is now a ‘real’ cost that must be minimised by reducing energy waste. The downside in our cash-strapped times, especially for public bodies, is that simply paying for the CRC could wipe out budgets to improve energy efficiency (see pp 10-15).

The Environment Agency is busy starting to audit information submitted by the 15,000 or so registrants. It has already found that some 20% of electricity meters caught by the CRC are unaccounted for. The agency is also busy preparing for next year’s reporting deadlines. But its plans for developing an emissions trading register are on hold until the outcome of the reform (see pp 16-17).

The energy and climate department (DECC) is to continue discussing options for reform with interested parties in the new year and may publish proposals later in 2011. I hope this special report goes a little way to helping our readers through this uncertain period.

The CRC is another factor driving energy efficiency and carbon management. ENDS looks at how a local authority, a water firm, a supermarket chain and a university are responding