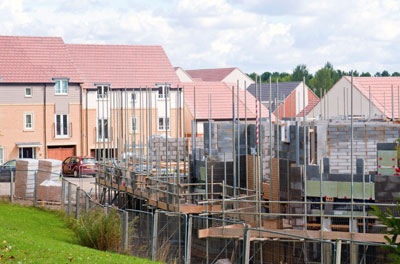 The business climate that environmental consultancies operate in has remained tough in 2010.

It has been equally hard for many of their clients, particularly those in private sector development-related fields. Most remain cash-strapped, reluctant to invest and lacking the confidence to undertake projects.

Indeed, even while the UK emerged from recession in the first half of the year, political uncertainty remained a drag on business confidence. Only since the mid-year has such uncertainty dissipated, as the coalition government’s direction and plans have become clearer.

And even while economic recovery continued in the second half of the year, easing fears of a ‘double dip’ recession and buoying business confidence a little, wider economic storm clouds have gathered once again.

Now, the strength and sustainability of the UK’s own economic recovery is in doubt. For its part, the government hopes the deficit reduction plan will cure the country’s fiscal ills, without damaging the upturn. But, with public spending cuts taking effect and tax rises looming, there is a risk that a renewed period of slow growth is on the cards for 2011.

A glance across the Irish Sea provides a stark reminder of the economic dangers the UK faces. Ireland is already well into its own period of fiscal retrenchment, austerity and all-round belt-tightening and few sectors are immune to it.

While the UK is not in quite the same boat as its immediate neighbour, some analysts have been quick to point out the similarities. The two economies are closely intertwined. Both have suffered deep recessions and have seen their property markets go from boom to bust. Both are heavily indebted and face a period of economic adjustment. Spending restraint and tax rises are the order of the day.

But the dangers of cutting too far, too fast, are becoming increasingly apparent in Ireland. Now, as the full impact of the comprehensive spending review looms, some see the UK heading in a similar direction.

Research consultancy Capital Economics compared the planned fiscal tightening in the UK to that already undertaken across the Irish sea. “The greatest risks to the UK economy come from its own fiscal consolidation,” it warned.

This is a major worry for UK businesses, not least environmental consultancies and their private sector clients. In short, if the fiscal squeeze causes economic growth to slow again in 2011, the business prospects of both will take a further hit.

And neither will the public sector come to the rescue. It is facing its own squeeze at the departmental level, in the same way that private sector organisations did in 2009. Consultancy spend by departments such as the energy and climate department (DECC) and the environment department (DEFRA) will slow to a trickle, as will that of local councils.

And consultancy fees as a whole will remain under pressure. While the period of heavy downwards pressure on fees has passed, there is little scope for them to rise amid such a competitive environment.

Significantly, more than three quarters of consultancies surveyed by ENDS earlier this year cited the state of the national economy as a key constraint on their growth prospects. Half cited the impact of the public spending squeeze (ENDS Green Consultancy Review 2010, pp 5-8).

It is clear that, while spending cuts at departmental level will hit particular government programmes, including some of those in the environmental sphere, the wider macro-economic effects are of much greater concern to consultancies.

Their clients in the property development-related sector are particularly vulnerable to a further period of slow growth. Demand from developers for contaminated land services, one of consultancies’ biggest fee-earners, remains in a rut. And signs of recovery are few and far between, given the continued housing market weakness and developers’ reticence to activate their plans.

Many remain cautious, risk-averse and reluctant to commit to plans. They are being further stymied by the uncertainty that has descended over the direction of planning policy. The revocation, in November, of Eric Pickles’ decision to abolish England’s regional spatial strategies has thrown this into doubt, at least for the time being (ENDS Report 430, pp 31-32).

The government wishes to see greater local influence over planning decisions, but such policy fog does nothing to bolster the fragile confidence of developers, nor of consultancies who serve them. And until it clears, development activity, and demand for associated consulting services, will remain subdued.

Clients will want to ensure continued regulatory compliance, and do so cost-effectively. As a result, consulting in several areas looks set for further growth in the coming year, not least in the energy and carbon sector.

Carbon measurement, management and reduction is tipped as the consulting area offering the best growth prospects. For organisations of all shapes and sizes, the shift to a lower-carbon future is going to be an increasingly important part of their longer term plans. It is an issue that is not going to go away any time soon, and many organisations will want consultancy advice on how best they can meet the challenges it throws up.

Consultancy related to the development of environmental infrastructure also looks set to be buoyed, next year and beyond. It was the fourth most widely cited driver for consultancies, among those surveyed by ENDS in the summer.

There is a real need to renew and upgrade water, waste and energy infrastructure, in a sustainable, lower-carbon way. Indeed, it is an essential component of the UK’s shift to a low-carbon future. And, while the government’s new national infrastructure plan points the way, much attention, finance and foresight will be needed to achieve this goal (ENDS Report 430, pp 61-62).

Investment in transport, especially the rail sector, will also
provide some buoyancy to consultants’ fortunes in 2011 and beyond. The development of high-speed rail, local transport projects and the upgrading of the existing network all augur well for consultancies.

In addition, a number of overseas markets offer scope for enterprising consultancies, seeking to offset weakness in some sectors of the domestic market. Many are eyeing overseas markets that are unaffected, or less affected, by economic weakness. Those in central and eastern Europe, Turkey, the Middle East and China in particular, offer growth possibilities (ENDS Report 428, pp 32-36).

There, much consultancy work related to the development of sustainable water, energy, waste and transport infrastructure exists. And for UK consultancies prepared to look east and tap the available opportunities, the rewards can be large. Amid a domestic market that, in 2011 at least, looks set to remain challenging, that in itself is worth remembering.

A surge of private sector investment in water, waste, energy and transport is needed to secure economic growth and environment and climate protection, according to the government’s National Infrastructure Plan.