District licensing schemes have been called a ‘licence to trash’, but environmental consultancy NatureSpace Partnership insists great crested newts and the environment are front and centre of the project it is running on behalf of seven councils in the South Midlands. “We are implementing a conservation scheme,” insists NatureSpace’s conservation director, Sarah Garratt.

For some people, great crested newts have long symbolised what is wrong with environmental protection in the EU because of the strict safeguards they enjoy under the Habitats Directive and the bureaucratic process that must be followed to mitigate any habitat loss.

Just one ‘crestie’ on a site can hold up a project for months, and developers are required to put in place expensive and – for some – pointless on-site mitigation. In 2008, one council leader in the Midlands complained that complying with legislation for great crested newts on a road project had cost £1m.

With district licensing, developers do not have to apply for a licence to destroy great crested newt habitat or move animals because an authorised body has already obtained it. Instead, they must pay into a pot to offset any losses, and that money is used to create new habitat elsewhere.

Under NatureSpace’s scheme, four new ponds must be created for every one lost, though according to Garratt, they are aiming to double that.

And it is not just ponds that must be created – great crested newts, like other amphibians, spend most of their lives out of water, and need good terrestrial habitat for feeding, moving about and hibernating. Good cover is essential, experts say.

In a similar way to how net gain operates, compensation increases with the quality of the newt habitat being lost. “If the impacts are very high, then they pay more,” Garratt says, “so it discourages people from trashing good-quality habitat.”

So far about 30 developers have opted in to the voluntary scheme, with 10 projects authorised to go ahead. A total of £250,000 has been levied – it goes into a fund for both habitat creation and long-term management and monitoring, for a minimum of 25 years.

While NatureSpace administers the scheme, the pond creation and management work is commissioned and carried out by the South Midlands Newt Conservation Partnership (SMNCP). This has been running since February 2018, and its job is to find suitable sites, engage with landowners and commission contractors to do the spadework. So far it has created 39 new ponds in advance of the planned developments.

“Quite a lot of people in the farming community do welcome wildlife as long as it does not interfere with farming,” she says. “We will be paying these people for looking after these ponds, and in some cases we will paying where there has also been a loss of subsidy.”

Making sure the ponds are working as intended is crucial, of course, and Nicolet and her team will be inspecting the first ones in April, one year after they were installed. All colonisation by newts and other wildlife will take place naturally, although Nicolet does not know how quickly this will happen. “I’ve never had the luxury of doing annual monitoring before,” she adds. “I’ll be really interested to find out when the newts arrive.”

Also involved in guiding how the new habitat is created, managed and monitored is the independent wildlife group, Amphibian and Reptile Conservation. Chief executive Tony Gent says one of district licensing’s benefits is that it provides a strategic framework and allows for a better understanding of great crested newt conservation in all areas of the planning process that are currently under resourced and implemented inconsistently.

“It means, for the first time, we can properly assess impacts at the wider population level on the species’ range and wider connectivity, because we have much more information on the population now than is available from development surveys, which do not look far enough beyond the actual site,” adds Sarah Garratt.

Gent believes district licensing has great promise for improving newt conservation, but says it could prove disastrous if implemented badly. “The devil is in the detail,” he says, “which is why we have engaged so heavily with NatureSpace in the developing the South Midlands scheme. We have made sure there is effective impact assessment for both terrestrial and aquatic habitats, that it is supported with adequate funding and local expertise is used. It would be easy for any or all of this to be overlooked.”

1. Do not underestimate the costs involved

It is vital to not to underestimate the cost of both creating and maintaining good habitat, according to Sarah Garratt of NatureSpace Partnership. “We don’t want to create habitat and then just leave it,” says Garratt. She has concerns other schemes may do this.

It is really important to build good relationships, says Pascale Nicolet, of South Midlands New Conservation Partnership.  Because of her previous role on an another project, she knows a lot of people, and there’s mutual trust on both sides. “We can choose which landowners we want to engage with,” she says.

Some people worry that if misused, offsetting could damage important nature areas and allow developers to offload their duty to protect the environment. “There is considerable nervousness around offsetting,” says Tony Gent at the Amphibian and Reptile Conservation. To make sure district licensing is not seen in that light, it must be underpinned by clear, agreed standards and effective, long-term monitoring. 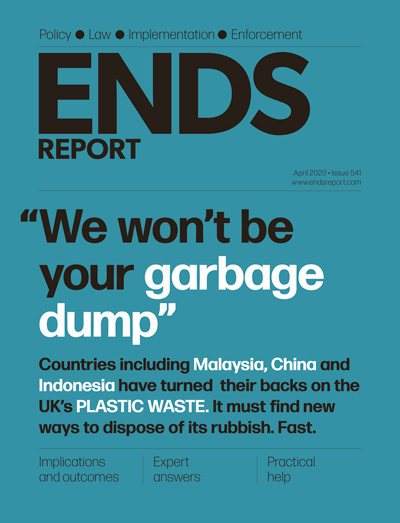