Variations to their pollution prevention and control permits will be imposed to ensure the firms take action more quickly than they proposed in the spring, the regulator said on Friday. It came a day after ExxonMobil’s Fife Ethylene Plant (FEP) shut down for maintenance following another flaring episode. The company said it was caused by the failure of two of its three boilers.

There was also a leak of ethane identified earlier this year, although it was “from a pin prick hole” in a low pressure pipe, according to the firm.

Chris Dailly, head of environmental performance at SEPA said: “SEPA has repeatedly said that compliance with Scotland’s environmental rules is simply non-negotiable. Communities across Fife have had to endure repeated, preventable and unacceptable flaring. We’ve heard clearly the frustration of local people and are today reaching another key milestone in our regulatory response which will drive necessary action to upgrade the site and limit its impact on local communities.”

According to SEPA, ExxonMobil’s plant has had periods of flaring on half a dozen occasions since the spring, prompting its chief executive Terry A’Hearn to intervene directly. It has happened many times before, too, causing concern from local people about noise and air pollution.

In April 2018, SEPA served the two firms with final warning letters. Permit conditions were subsequently tightened, with ExxonMobil and Shell being ordered to conduct a BAT assessment of their facilities last summer.

However, the ongoing incidents since the final warnings have prompted local MP Lesley Laird and members of the Scottish Parliament to question the SEPA’s effectiveness. In a letter to Scottish environment secretary Roseanna Cunningham last week, she expressed concerns about its inability to take timely and robust action, “and the resultant lack of credibility that SEPA are now facing.” It was also signed by councillors and campaigners the Mossmorran Action Group.

The letter calls on the Scottish government to give SEPA “real teeth” and sufficient funds to address “these ongoing appalling flaring episodes”.

The BAT assessments were received in June and have been subjected to “a rigorous review by technical specialists”. SEPA’s responses were terse.

While it agreed with ExxonMobil’s “principles and approach” to meeting the legal standard, “We find the proposed timescales to increase capacity and accessibility to ground flares unacceptable.” The company planned to complete a series of upgrades to ground flares, including acoustic insulation, by the end of 2024. SEPA has not specified when the work should be completed but this will be clear when the variation is issued, which the letter says will be by the end of the week.

SEPA’s view on Shell’s upgrade plan was even more critical, stating that: “You have not sufficiently demonstrated that your proposed principles, approach and level of upgrade to the plant would achieve BAT and are therefore unacceptable.”

Shell’s assessment also “fails to justify” why flare gas recovery – that is retaining, compressing and storing gases for re-use – should not be implemented, given its potential benefits, according to SEPA’s letter. Its revised permit will require it to be installed.

Moreover, further options for reducing flaring should be adopted, beyond the practical measures to reduce unplanned flaring, will also be needed, says the regulator.

It was flaring earlier during the month during a planned maintenance period.

SEPA and ExxonMobil have not commented on SEPA’s action. 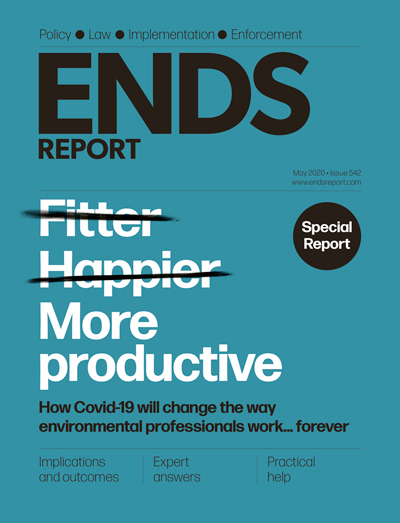